Summer in Finland has been so typical Finnish summer: too cold for me. :D We have had just a couple of warm days and I have enjoyed them! After visiting Norway I spent some time with my brother's family. Unfortunately I didn't see my brother at all because he was driving a truck some where in Europe. 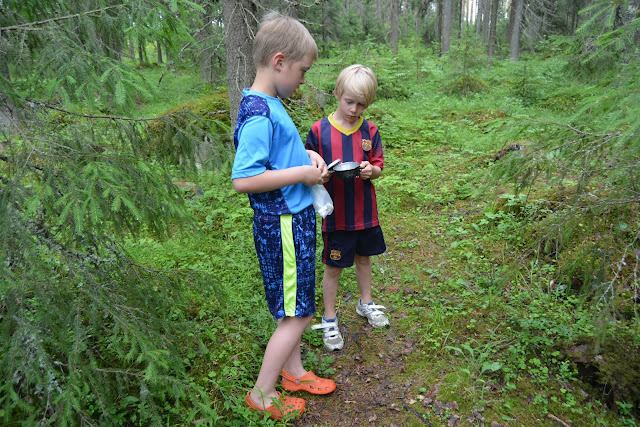 We did geocaching with my nephews and sister-in-law. My nephews are so amazing! There were so many times they just run ahead us and before Minna and I were even near the cache they found it. Couple of times we were still sitting in the car when boys already found the cache! 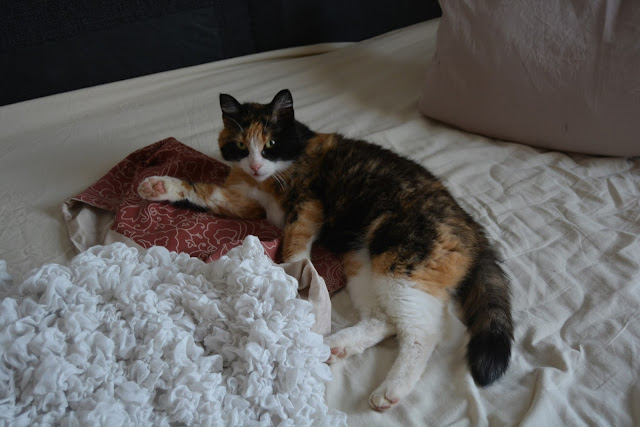 I have two cats, Julia and Romeo, who are living with my brothers family. Romeo used to take his own trips every now and then. He was wandering somewhere again so I didn't see him at all this time. Julia liked to come in to my room and in to my bed to ask me to pet her. 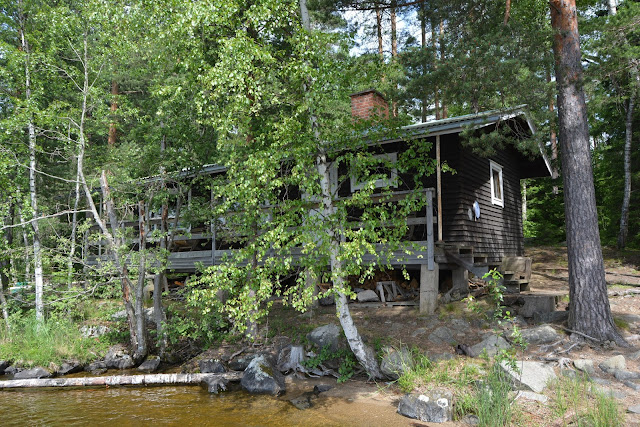 Finland is a country of thousands lakes (187 888 lakes witch are bigger than 500 square meter). Where ever (almost) you go you can find at least a small lake. And of course many summer cottages around the lake. This one is not a private summer cottage. It is Aitopirtti, owned by SDA church of Aitolahti, Tamperel 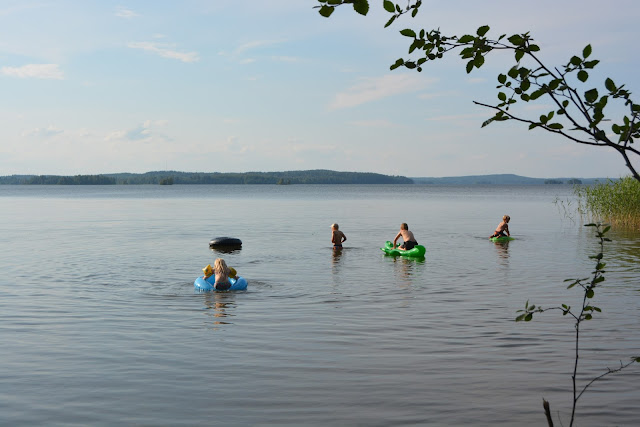 No matter how cold it is kids want to swim anyway. 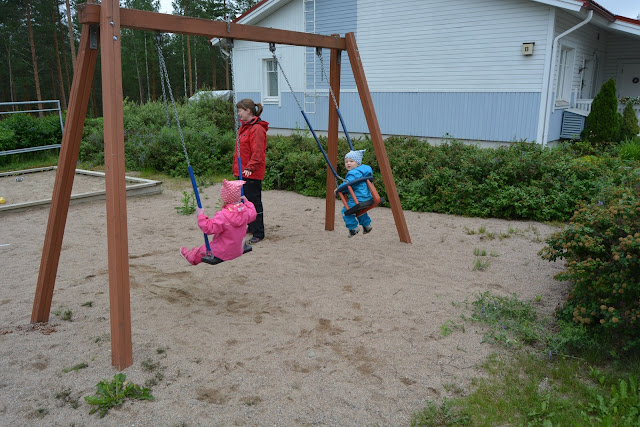 I spent one weekend in Jyväskylä with my beloved friend and her family. As you can see, kids (and mum) had a lot of clothes on. Yes, it was a cold day! 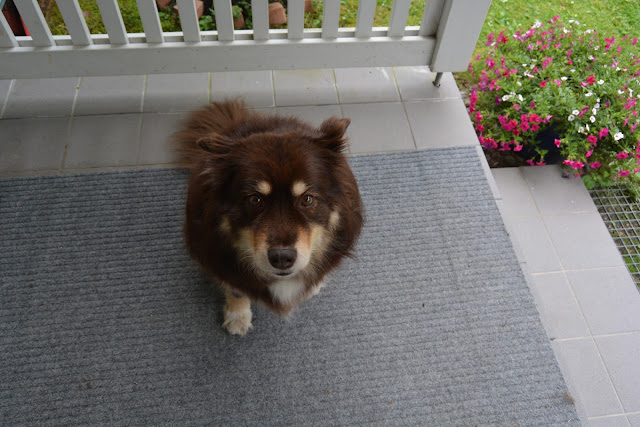 I am not a dog lover but this dog is an exception. Nita is my real friend. She is Finnish Lapphund. Every time I visit my friends, Nita come to me, look at me with her big eyes and wait for petting. She stays next to me though I've been told she is usually hiding behind the sofa or some where else. 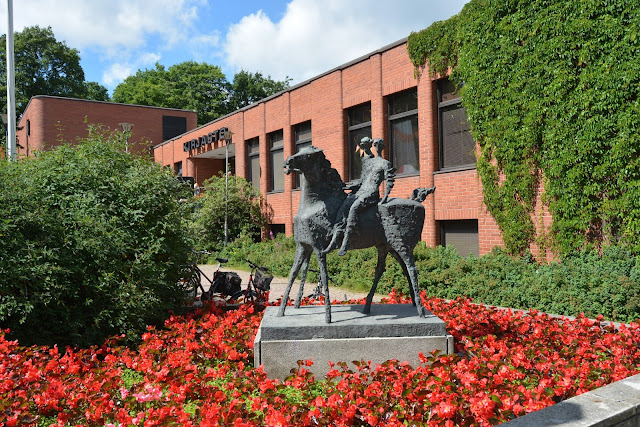 My parent's summer house is near Hämeenlinna, the city where I have lived about five years when I was studying to be a teacher. Hämeenlinna is quite nice city in the summer. This is the library of Hämeenlinna. 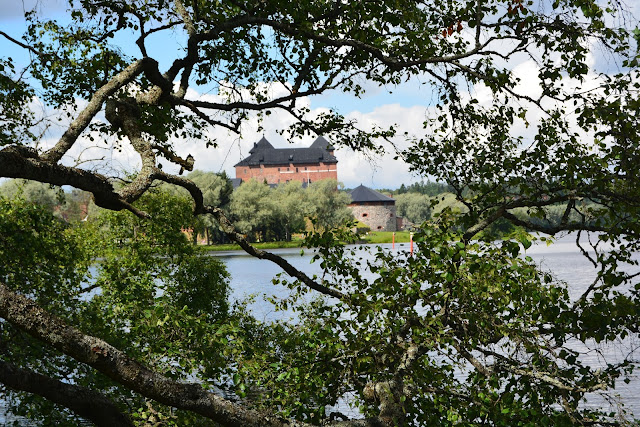 "Linna" means a castle in English. Häme is one part of the Finland. Above you can see the Häme Castle or Hämeen linna. Häme Castle is one of Finland's medieval royal castles. It is believed to have been built at the end of the 13th century, following the crusade by Swedish Earl Birger to Häme region.

During the Middle Ages the original fortified camp was built into a residential castle for its commandant. In the 18th century a third storey was built and curtain wall buildings partly replaced the original outer walls. The castle and its surroundings were in prison use from 1837 to 1972. The main castle is now presented as a historical monument.
The Häme Castle and its redbrick barracks are on the shore of Lake Vanajavesi. The promontary has been a meeting place for centuries, and the walls almost echo the voices from the Middle Ages. (http://www.kansallismuseo.fi/en/hame-castle) 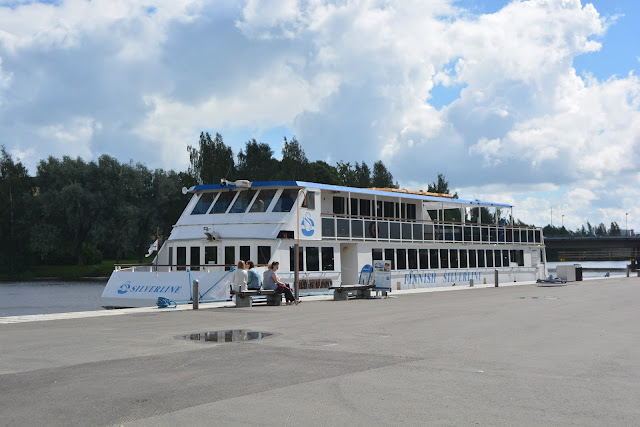 In Finland you can take freshwater cruises quite a many places. We have some big lakes witch are connected to each others. There are many kind of cruises. You can choose to have a lunch or a dinner onboard or to take a day cruise or sunset cruise. 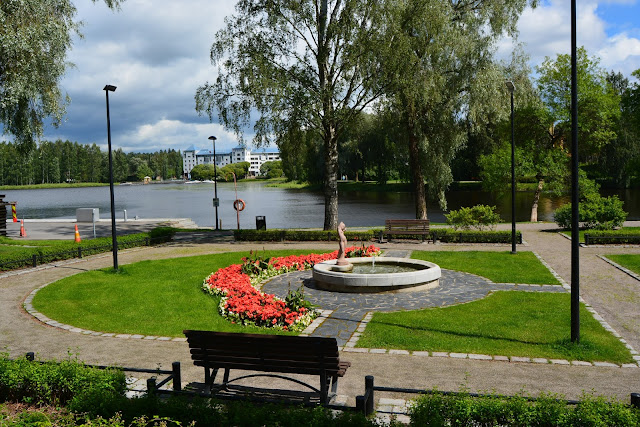 The city centre of Hämeenlinna is basically surrounded by the lake. That's why it is very nice summer city. There is a walk and cycleway by the lake around the centre. 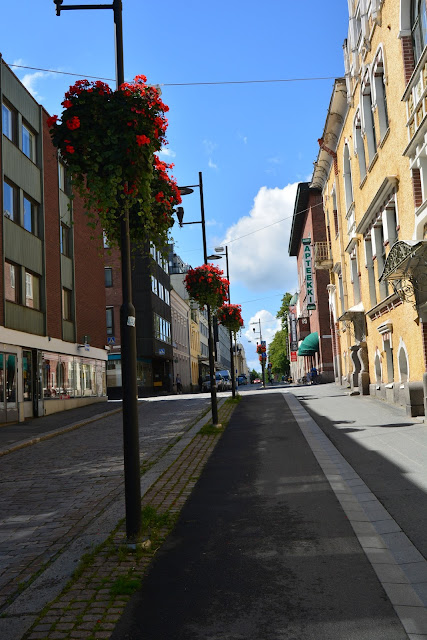 Many cities in Finland there are very good cycleways in the city. Like here, half of the street is for cars and another half is for bikes and pedestrians. 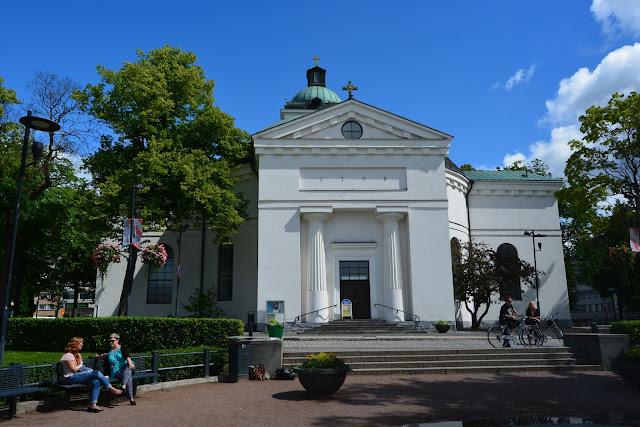 The Lutheran church of Hämeenlinna. 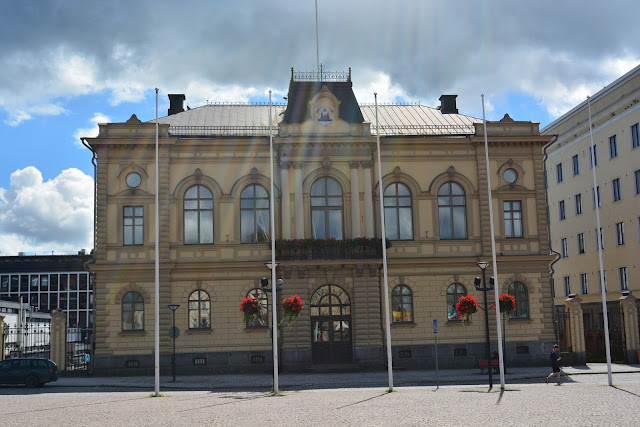 There are many old, beautiful buildings in Hämeenlinna. This is the old city hall next to the main market place. 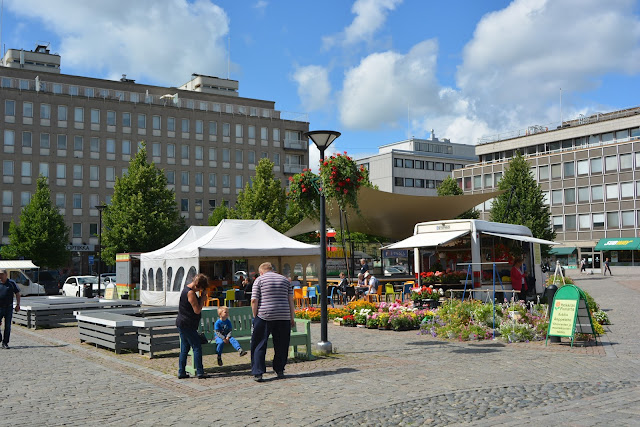 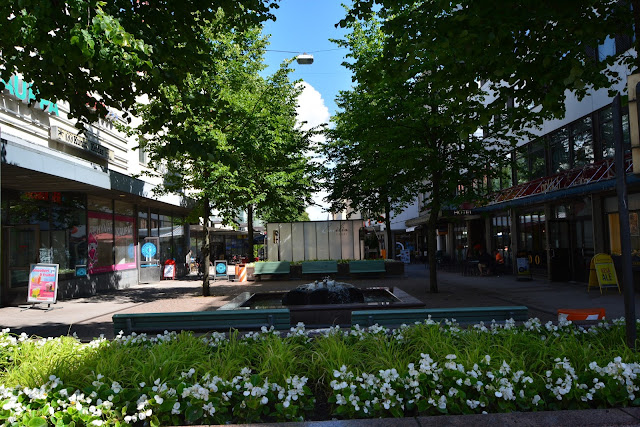 In the centre of Hämeenlinna there is a pedestrian area with flowers, water fountain, trees, benches, cafes and shops.
Lähettänyt Merja klo 22:29 Ei kommentteja:

One week in Norway

I had a great opportunity to spend a week in Fredheim lifestyle center, Norway, where my sister and her husband live and work. The week was full of hiking on the mountains, delicious vegan food, new friends, relaxing in the jacuzzi, massage, quality time with my sister and of course geocaching. :D 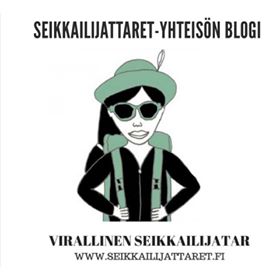